As someone with four big oak trees on a small lot, I can attest to their vagaries. In my 15-year residency, I have twice received bumper crops of acorns – scooping them up with my snow shovel to provide marginally better footing.

The situation is obvious to farmers, gardeners and those with flower beds or oak trees. Growth depends upon growing conditions.

Here, the interrelatedness of the everything in the Cosmos is demonstrated, not merely stated. But, Weiss can state the obvious, too:  “Beings exist in an environment. They insistently take account of other beings.”

Whitehead taught Weiss. Weiss taught Richard Lower, who taught me. I have a partiality toward the first thoughts of my process philosophy ancestors – though major points of disagreement as well.

But, to be fair, the clearest statement of the interconnectedness of everything in the universe – we all do descend from Big Bang – comes from the Spanish philosopher José Ortega y Gasset, who is ignored these days almost as much as Weiss. He observed, “I am myself and my circumstance.”

And, what are our circumstances?

• We have toxic, heavy metal dust from the evaporating the Great Salt Lake threatening the air and lungs of Utahans.

• Lake Mead gets lower every day, threatening drinking water supplies and the California irrigators whose farms produce much of our vegetables and fruits – and revealing human remains once thought to be deep-sixed.

• The ice sheet covering Greenland is melting at a greater pace than anticipated. When it all melts, the global sea level will rise 24 feet.

Yet, the American Congress – many of whose members are lapdogs of fossil fuel fools – takes the barest of insufficient actions while former Vice President Al Gore explains, “We’re seeing this global emergency play out and it’s getting worse more quickly than was predicted.”

Gosh, depleting water sources frivolously, overheating the planet into advancing desertification and climate chaos, poisoning crop pollinators out of existence and clear-cutting the lungs of the planet in the Amazon rainforest have more than local effects?

As Weiss puts it, “A being is pained when its environment becomes impoverished, and it remains pained until it is able to adapt towards the new environment.”

And, if it does not have adequate time for a massive, evolutionary adaptation?

A new book by earth science professor Bill McGuire says that the time to start adapting was yesterday. In Hothouse Earth: An Inhabitant’s Guide, he “argues that, after years of ignoring warnings from scientists, it is too late to avoid the catastrophic impacts of climate change,” according to Katherine Tangalakis-Lippert of Business Insider.

He told The Guardian, “And as we head further into 2022, it is already a different world out there. Soon it will be unrecognizable to every one of us.”

Ortega is justly famous for his observation – which eliminates the nature/nurture debate by uniting them. But, it is only half of the original sentence: “I am myself and my circumstance; and, if I do not save it, I do not save myself.”

Whether we can exercise the responsibility that our power bestows upon us will depend in large part on whether we put into practice the common sense wisdom of our philosophers – or those Disney kids who sang, “We’re all in this together.” 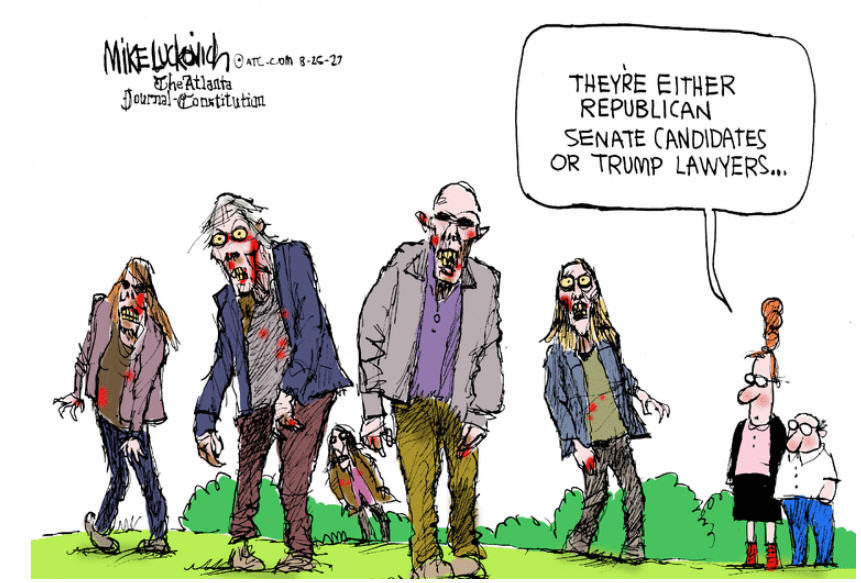