July got off to a rousing start with New York state indictments of the Trump Organization and its Chief Financial Officer Allen Weisselberg.

The New York Times described the organization’s indictment as a “a 15-year scheme to help its executives evade taxes by compensating them with fringe benefits that were hidden from the authorities.”

This is not surprising regarding an organization that was forced to close a bogus foundation and forced to compensate former students at a bogus college. And, during the 2016 campaign candidate Donald Trump bragged about knowing how to get around tax laws.

Let’s let the tax guys sort this out, round up the other offenders and try to exact a measure of justice. The issue today is how most of the wealthiest people in the U.S. reap the most benefits from this country while contributing the least to its upkeep and well-being.

In March, Mary Papenfuss of Huffington Post reported, “The top one percent of the highest-earning American households are hiding 21 percent of their income from the Internal Revenue Service, costing the nation some $175 billion a year in revenue, according to the latest estimation on the cost of tax evasion.

“That one percent accounts for more than a third of all unpaid taxes, concluded the study released this month by the Bureau of Economic Research, which included economists from the IRS and several universities.”

And, just last week, Republicans balked at increasing funding for IRS policing, proving as the Daily Kos points out, “Republicans prioritize fat-cat cheaters over, well, everyone else.”

Furthermore, the system is designed to protect these vultures.

Last spring, Matthew Allen of The Grio, reported on a Syracuse University report that “concluded that 98 percent of Americans who annually earn more than $1 million were not audited by the Internal Revenue Service last year. In fact, the research shows that audits conducted on individuals in that income group have decreased by 72 percent since 2012.”

One of Oklahoma’s first – and still foremost – pundits, Will Rogers noted long ago, “People want just taxes more than they want lower taxes. They want to know that every man is paying his proportionate share according to his wealth.”

That’s how long the tax-scoffers have been gaming the system.

Rogers recognized this even then: “The difference between our rich and poor grows greater every year. Our distribution of wealth is getting more uneven all the time. A man can make a million and he is on every page in the morning. But it never tells you who gave up that million he got.”

It has only gotten worse since then. During the run-up to the infrastructure bill, Senate Republicans advocated a regressive gas tax instead of raising corporate taxes.

They were probably concerned that during the first 12 months of the pandemic, American billionaires only saw their wealth increase by $1.3 trillion, up 45 percent according to Huffington Post’s Sarah Ruiz-Grossman.

While many struggled to make ends meet, the richest among us struggled to count their profits. Or, as Rogers observed during other hard times, “Ten men in our country could buy the whole world and ten million can’t buy enough to eat.”

During a 2014 lecture at the University of Oklahoma, Walter’s own, former Sen. Fred Harris, discussed corporate favoritism:

Don Wiener, a contributor for the Center for Media and Democracy, explained in June how, in “a pay-to-play arrangement, lobbyists from ALEC-affiliated corporations (the American Legislative Exchange Council) work behind closed doors with state legislators on ALEC ‘task forces’ to draft laws that will boost their profits.

“At least 55 major corporations managed to pay nothing in taxes last year despite substantial profits thanks to a variety of loopholes,” as reported by the “non-partisan Institute on Taxation and Economic Policy.”

ALEC is one of the main suppliers of copy-and-paste legislation for Republicans. Their  concern is shirking public responsibility in the name of maximum profits.

Reminiscing about his 1976 presidential campaign during his lecture, Sen. Harris explained:

“I talked about how the gross and increasing inequality of income and wealth in America was our basic problem. I said, ‘Too few people have all the money and power, and most people have little or none.’ In terms of how economic and political privilege thwarts the will of the people….I talked about how rich farmers and others like them enjoyed huge government subsidies and how they and others were being given unconscionable tax breaks. I mentioned Nelson Rockefeller, as an example; he’d admitted before a congressional committee that on his great income in 1970 and 1971, he’d paid zero individual federal income tax. I said, ‘We ought to sue him for nonsupport.’ And I always concluded my remarks by saying, ‘There is plenty of money to do what needs to be done in this country, if we take the rich off welfare.’”

There are a lot more folks guilty of non-support today. The only way to make the fat cats pay their fair share is to replace their Republican lackeys with legislators willing to represent their entire constituency, not just their donors.

The mystery of CRT. What is the fuss about, I wonder.
Time for Plan B to curb violence 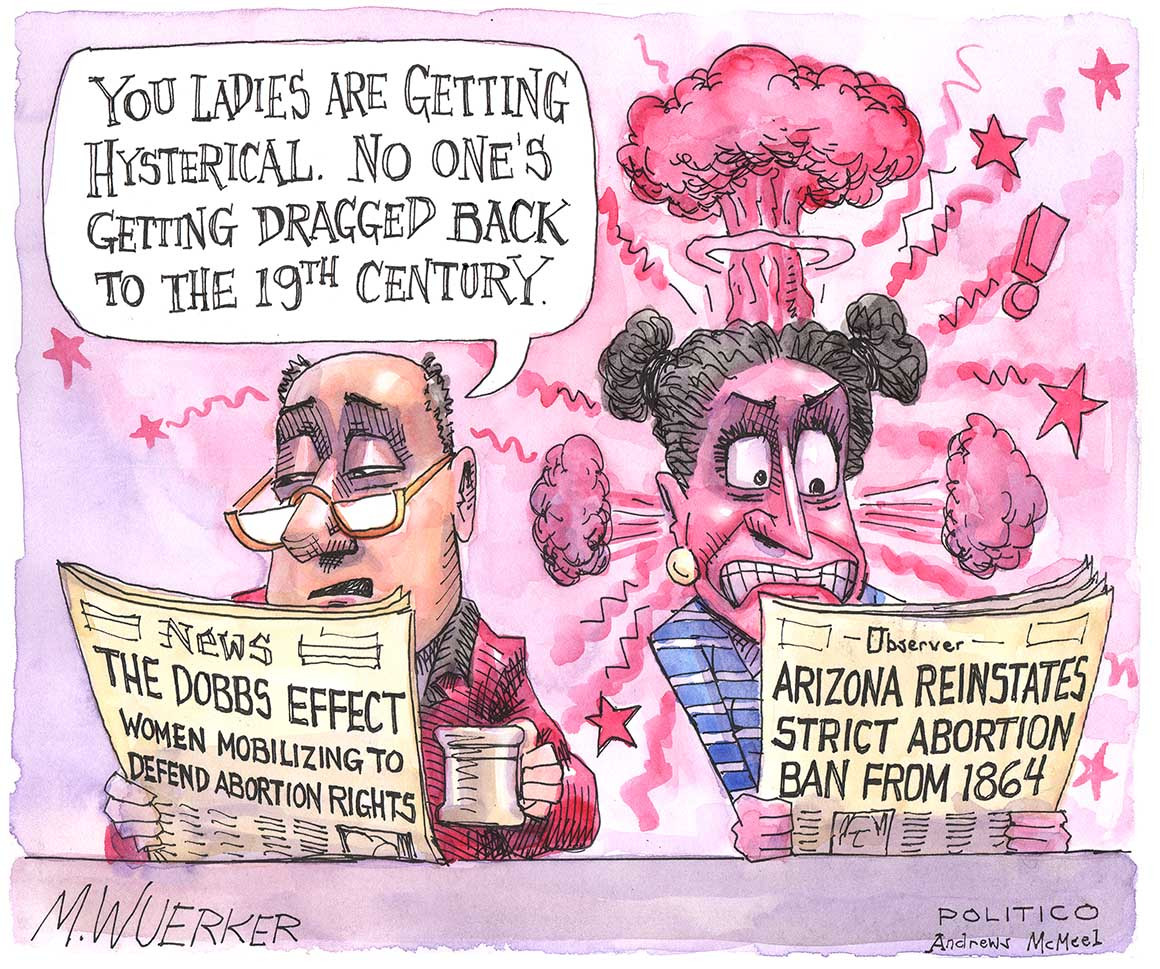