The sign at the local deli promised free fries with any meal. I ordered a meal and chose two sides. As the clerk was wishing me “a blessed day,” I asked about the free fries.

She explained that if they had any on hand, I would have been given some with my meal, but, “We don’t have any made up.”

Looking at the fries at the far left of the counter, I asked, “And these aren’t made up?”

“No, sir,” she replied and disappeared down the counter.

And that’s just how easy it is for people to deny reality, with “facts” made to order to support their delusions.

The company closed all of its facilities and gave them a thorough cleaning and overhaul. It also pled guilty to violating the Federal Food, Drug and Cosmetic Act. An FDA report documents: “The total $19.35 million in fine, forfeiture, and civil settlement payments constitutes the second largest-ever amount paid in resolution of a food safety matter.”

Yet, the above-mentioned Blue Bell aficionado claims none of those finding are real, it is some kind of bad publicity conspiracy. He continues to support the company that knowingly put him in danger.

It remains very real to former Blue Bell president Paul Kruse. Last year he “was charged with seven counts of wire fraud and conspiracy to commit wire fraud related to his alleged efforts to conceal from customers what the company knew about Listeria contamination in certain Blue Bell products.” This is a Texas indictment since state officials had warned him a month prior to the listeria outbreak.

The opening salvos in Donald Trump’s campaign of hatred and bigotry featured his characterization of Mexicans. “When Mexico sends its people, they’re not sending their best. … They’re sending people that have lots of problems, and they’re bringing those problems with us. They’re bringing drugs. They’re bringing crime. They’re rapists.” He later “clarified” his bigotry by pointing out, “Some are good and some are rapists and some are killers.”

Another pal of mine is a Hispanic Republican. When I pointed out what Trump said about his kinsmen, his reply was, “No, he didn’t.” And he has maintained that deluded illusion ever since. He doesn’t want to believe the truth; he chooses not to.

So, we should not be surprised when Republican Congressional members, who can be seen barricading the doors against the attempted coup of Jan. 6, say this attack on the Capitol was akin to normal tour group.

Of course, the same fear that prompted those Republicans to retreat from those armed insurrectionists hoping to hang the vice president might be instrumental in their overwhelming opposition to a bipartisan Congressional investigation into the assault.

That wrath most often takes form in Donald Trump calling for primary opponents for “wayward” Republicans. But, as Jan. 6 exemplifies, he considers stoking deadly violence an option.

In fact, the Capitol Police reported in early May that threats against lawmakers have more than doubled in the first four months of this year.

A CNN headline indicated, “Capitol riot vote forces Republicans to pick truth or Trump.” They picked Trump, not surprisingly since so many of them advocated the bogus notion of election discrepancies.

Election irregularities? This was not George W. Bush’s little brother governor and a Republican Supreme Court stealing the election from Al Gore. This was an incompetent incumbent losing re-election by losing states run by honest Republican election officials – whose integrity has led to them being threatened by Trump and his red-hatted haters.

Ohio Rep. Tim Ryan was more direct addressing the “90 percent of our friends on the other side of the aisle…. We have people scaling the Capitol, hitting the Capitol Police with lead pipes across the head and we can’t get bipartisanship? What else has to happen in this country? Cops! This is a slap in the face to every rank-and-file cop in the United States.

The GOPQ exemplifies an observation by Alfred North Whitehead: “Of course, it is always possible to work one’s self into a state of complete contentment with an ultimate irrationality.”

And, of course, it is mainly Republicans who ignore at least 600,000 COVID-19 deaths in the U.S. and claim that there is no pandemic nor any reason to take any precautions.

It’s not often that one gets to quote savior of the Union and 18th president U.S. Grant. . He is best known for putting his presidential trust into the wrong hands – and not known for always having a lower percentage of battlefield casualties than Robert E. Lee.

But, having quelled one civil war, he observed: “If we are to have another contest in the near future of our national existence, I predict that the dividing line will not be Mason and Dixon’s but between patriotism and intelligence on one side and superstition, ambition and ignorance on the other.” 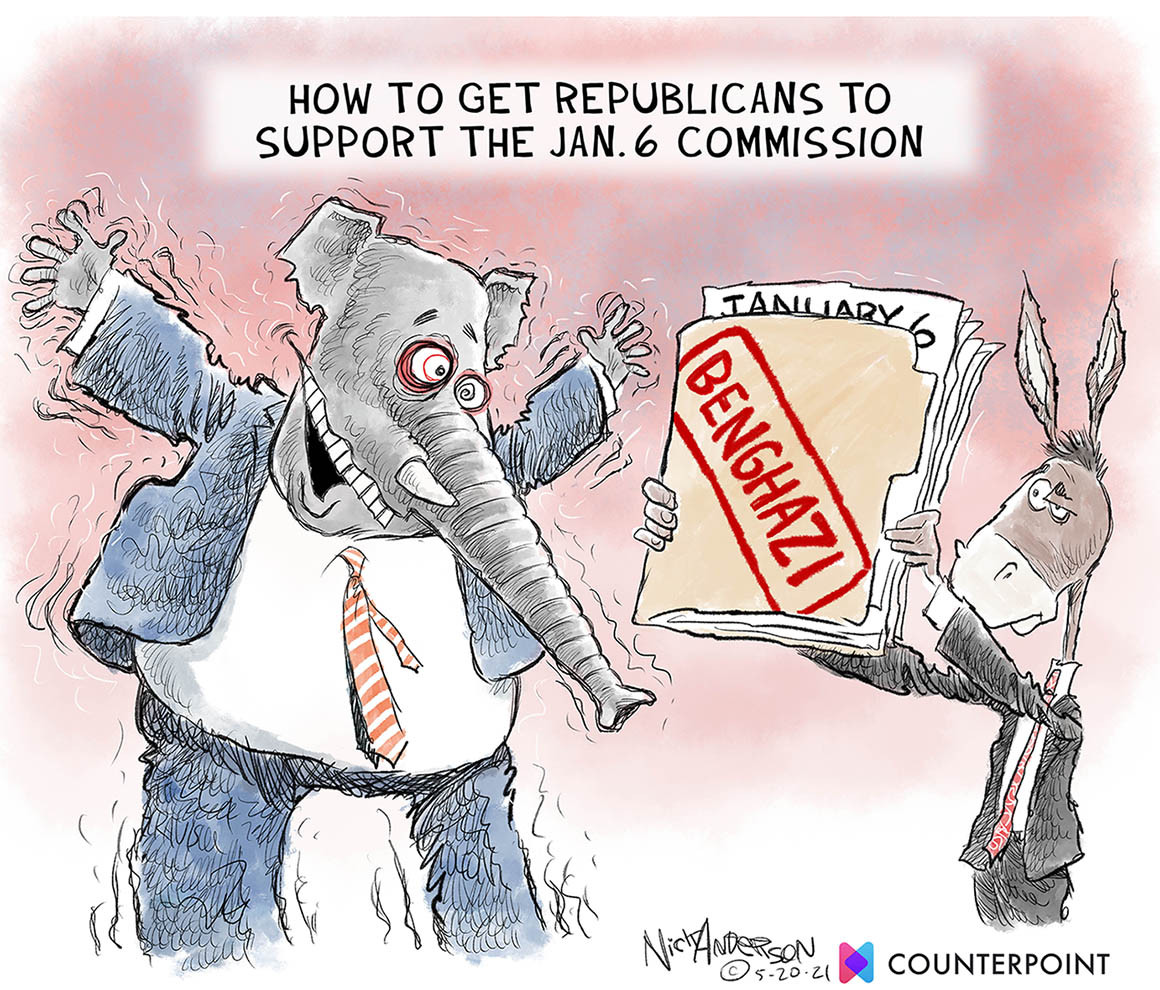